Incursion: An invasion or attack, especially a sudden or brief one

Incursion synonyms: attack on, assault on, raid on, invasion of, storming of, overrunning of, foray into, blitz on, sortie into, sally against, advance into, thrust into, descend on

On March 8th, 2019, I went to a screening of the documentary Four Days in May, regarding what has come to be known as the Tivoli incursion in 2010, when Jamaican security forces attacked, invaded, assaulted, raided or descended upon (choose your synonym) the community of Tivoli Gardens in search of Christopher “Dudus” Coke. Coke was wanted for various crimes both in Jamaica and in the United States and was the subject of an extradition order. According to the West Kingston Commission of Enquiry after exacting scrutiny of evidence and testimony, 69 civilians, one soldier and, elsewhere in Kingston, two policemen, were killed and many others wounded. The Commission found several instances of murder by members of the security forces and made sharply critical “adverse comments” regarding their dereliction of duty. There were no convictions in a court of law. Compensation to the people of Tivoli, whose children, sisters, brothers, neighbours and friends had lost their lives, and whose property had been damaged or destroyed altogether has been paid, albeit slowly.

These are the bald facts. But then there are the stories. “Four Days in May”, produced by Anthropologist Deborah Thomas, Liberation Psychologist Deanne Bell, and musician and composer Junior Wedderburn, gives us the stories of the people who lived through those four days, their faces hauntingly lit against a white background, their bone structure evident, beautiful; interspersed with footage from the US drone overhead (denied, at the time by the then government), and images of the community itself. The people, male, female, young, old, with losses enormous and lesser, a few with stories of survival and triumph, speak with reddened tear-filled eyes and smiles, even with laughter. Yes, there were funny stories, like the one from Annette Irving who lost her beloved sister. “She had a pool party for her last birthday,” she tells us. “You know, one of those baby plastic pools.” And I can see it, the claiming of that uptown event, the pool party, and I can see Annette Irving, with her bathing suit under her clothes and her shower cap, and I can imagine laughing at her – not – I want to be honest here – with her, because, really, how ridiculous is that, for a grown woman to get into a baby pool, she, with her large female body which, she told us, emptied the pool of water. She knew she would not fit, but it was a pool party, and she would participate. As she relates this story to us, in memory of her sister, who was murdered by those who should protect us, I confront both her grievous loss and her towering strength. Her loss is not mine and neither is her strength.

The people lost their words sometimes. They shook their heads. They lowered their eyes. Some covered their faces and their shoulders trembled as they cried. The people watching murmured. Some cried too.

I remember those four days in May from uptown. We could hear the sounds of gunfire and what we thought was artillery, but we were far away. We saw the images of the road blocks and so-called IEDs, the women dressed in white, bawling, leave Dudus alone, on TV. No, we thought, this state within a state cannot be tolerated. Something must be done. We did not go out during the four days, or at least not very far. The people of Tivoli Gardens could not go out.

The people of Tivoli knew about war. And sitting in the lecture theatre, I remember one of the first real arguments I ever had with my father about the My Lai massacre in the Vietnam war. My father was not a man to argue with. He was the one who gave me books to read when I was very young and spoke seriously with me about them; mostly they were books about war. He thought Lt William Calley should get off, because it was war, and probably the Vietnamese women and children and old people were sheltering the Viet Cong, or held grenades, or had committed other unnamed crimes, or would commit as yet unknown crimes, and you had to understand, he said, what it was like when you armed men and sent them on incursions into places which were not their places, filled with people who were not their people, then bad things would always happen.

No, I said to him. I was maybe 16. There are things you just cannot do, things that there is no excuse for, things that should never happen.

There are places in Jamaica, this small island, which are still not our places, places which are not real places, filled with people who are not our people and thus not real people, where things that should not happen still happen. And this is what lets us turn away when there is an incursion into those places. In those places, a massacre can be carried out. Artillery can be used against civillians. A pot full of food cooking on a stove can be turned over by a man with a gun. Thirteen people can huddle under a small dining table in terror as a battle rages outside. Children can fret and vomit. Young men, the good-good sons of so many mothers, can be scraped up and never seen again.

I left the discussion after the film when Shawn Bowen, having related his story again to the audience (largely) of uptowners, said to us all that he did not know so many people cared what had happened to them. So many people! The small lecture theatre was not full. I felt a shame so heavy I feared I would not be able to stand, not be able to walk out of that then unreal place, the lecture theatre, where we heard the terrible stories of the people from the real place.

Origins of the word incursion:from Latin incurrere, from in- ‘towards’ + currere ‘run’.

Incursion means to run towards.

Could we now, will we be able to now, having recognized just what we are capable of, find it in ourselves to embrace this older, better meaning?

Diana McCaulay is an award-winning Jamaican writer and environmental activist. Trust. She has written four novels, White Liver Gal (self-published), Gone to Drift (Harper Collins and Papillote Press), Huracan (Peepal Tree Press) and Dog-Heart(Peepal Tree Press). Both Dog-Heart and Huracan were shortlisted for the Saroyan Prize for International Writing. Gone to Drift, initially titled The Dolphin Catchers, placed second in the 2015 Burt Award for Caribbean Literature and won the Vic Reid Award for Young Adult Literature at Jamaica’s national Lignum Vitae Awards in 2016. Diana also won the Hollick Arvon Prize for Caribbean writing in 2014, for her non fiction work-in-progress Loving Jamaica: a memoir of place and (not) belonging.

Diana’s short fiction has been published by Granta On Line, Eleven Eleven, Fleeting Magazine, The Caribbean Writer, Afro-Beat, Lifestyle Magazine and the Jamaica Observer’s literary supplement, Bookends. She was the Caribbean regional winner for the Commonwealth Writers Short Story prize in 2012 for her story The Dolphin Catcher. She has also written children’s stories for SCOOP magazine in the UK.

One thought on “An Incursion into a Real Place”

This site uses Akismet to reduce spam. Learn how your comment data is processed. 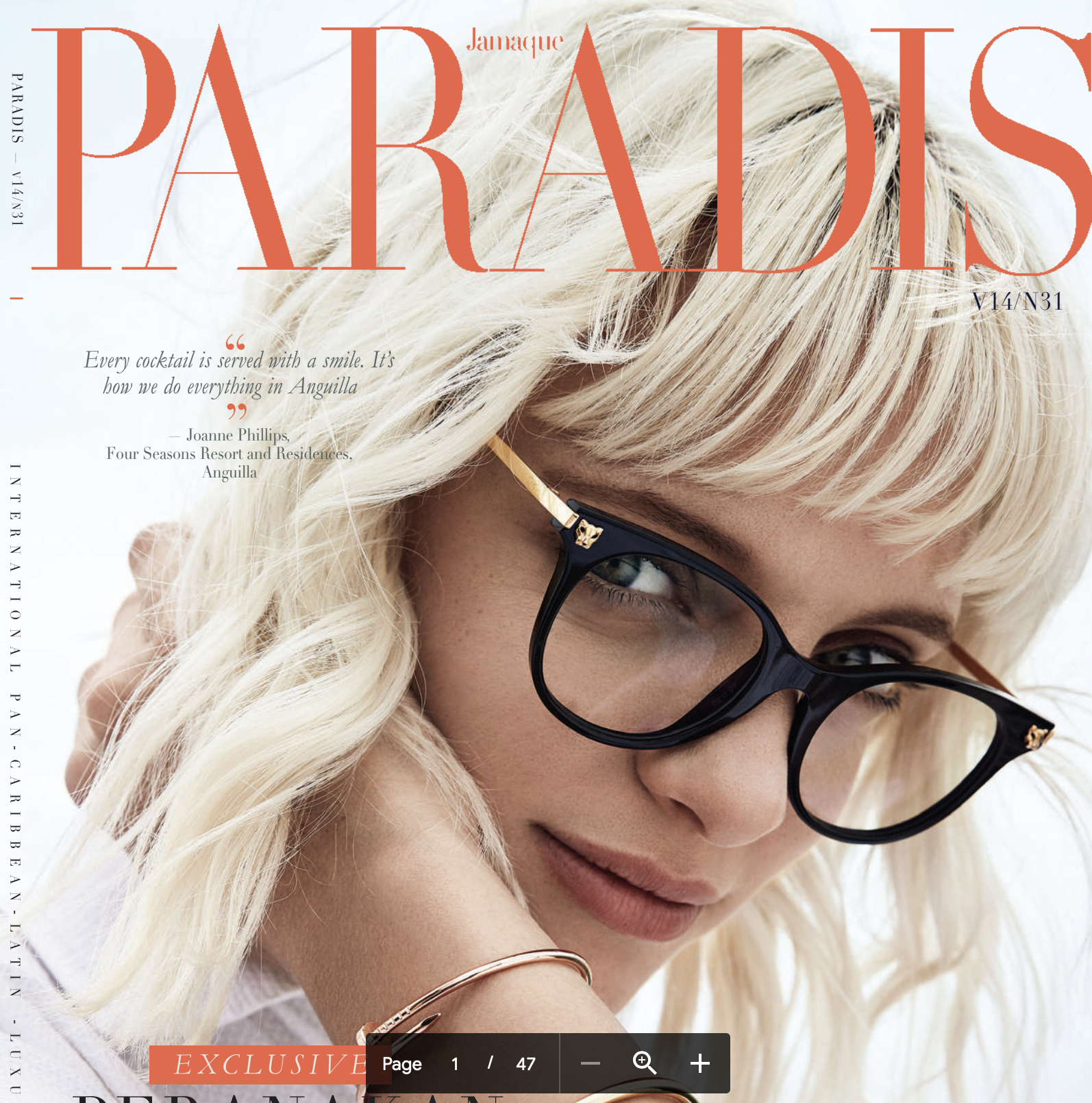 An article on the Prince Claus Fund in luxury magazine Jamaque Paradis features PREE’s writing studio. They got one detail wrong, the studio was/is to be held just before (now after) Calabash Literary Festival. Other than that we’re very pleased to be featured in an article on a really unique and innovative agency–the Prince Claus […]

An Interview with Ingrid Persaud on Love after Love

I write in English that requires no translation for the forty-four million people living in the Caribbean. This is the real English of a real place. Why I must translate into the English of a very particular minority who carry on like them own the language? Nah.

Riddim of My Life
Lafleur Cockburn

Strategies to escape the eyes of the state
Gervais Marsh

Cymande and Can I be a Queen
Sherese Francis

The Makings of a Queen
kevanté a.c. cash

This Music in My Waist
Melissa A. K. McKenzie